Some patterns are that iconic and beautiful, that once in a while a brand decides to bring it back to new life. Like the famous Dior Oblique pattern, created in 1967 by Marc Bohan, creative director of the house from 1961 till 1989. In 1969 he revealed this print to the general public, appearing for the first time on one of the bags from the Haute Couture collection. Decorating most of the house’s luggage collection in 1971, the Dior oblique canvas was also used to cover the floor and steps of the Dior Monsieur boutique in September 1974.

John Galliano who was the creative director from 1996 till 2011, reintroduced the oblique pattern as a streetwear-print. Specifically monogrammed bags for the great brands were (and are) all the rage – you could spot them hanging from every celebrity arm like Paris Hilton, paired with a tiny dog. For the Fall/Winter 2004 campaign, it was the turn of supermodel Gisele Bündchen to take on the Oblique canvas. She was fully dressed in oblique: a bikini, a jacket and two bags, leaning against a Dior snowboard with details in green and yellow.

Maria Grazia Chiuri, the creative director of Dior since July 2016, has been digging through the archives. She also recreated this signature print, from the lovely Saddle bag to the Book Tote bag and even a pair of sneakers. Although oblique must have an infinite future, Highend Fashian is going to have some true oblique trunks in its collection right from the original start in 1971. So if you want to travel in style, here is your chance!. 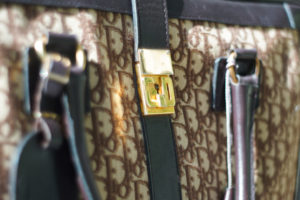 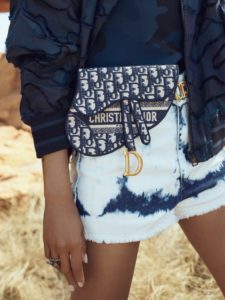 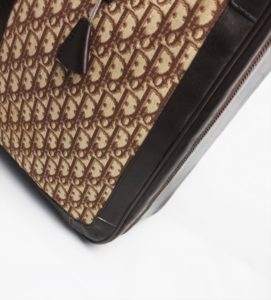 Gianni Versus Donatella: the origin of the subbrand Versus from VERSACE
The most exclusive Italian brands you probably never heard of.

Gianni Versus Donatella: the origin of the su...