Burberrys or Burberry: that’s the question

A lot of people are confused why the logo in Burberry clothing is differently written as Burberrys and Burberry. Is one of the two fake? Or is one of the two a sub-brand? Or…?

Thomas Burberry (1835 –1926) founded the famous and leading fashion brand in  1856, when he was only 21 years old. He began to experiment with the development of materials and clothing that could be used for outdoor activities like hunting and fishing. In the British weather, one could really use clothing that would protect them against the dreary rain.  Thomas Burberry invented the typical gabardine, which gives the look and feel of the iconic trench coat. By the way, the trench coat was originally designed for the British military in WW1. The functional design includes epaulettes used to suspend military equipment such as gloves and whistles, D-rings used to carry grenades et cetera.

In the 1920ies, the famous Burberry nova check, was introduced as a lining to the rainwear. This trademark was also used as a pattern for many accessories like plaids and umbrella’s, as well as clothing. All these different designs of the brand were named ‘BURBERRYS’. In 1999, the S disappears, and since then, the famous British brand is named BURBERRY.

So: if you stumble upon a piece of ‘BURBERRYS’: you do have a vintage treasure. (unless it’s a fake). 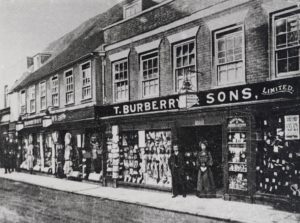 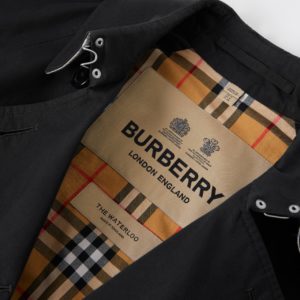 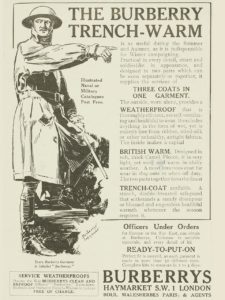 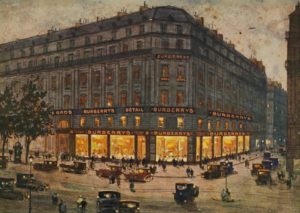 Jean Paul Gaultier AW97 – Fight Racism
Gianni Versus Donatella: the origin of the subbrand Versus from VERSACE

END_OF_DOCUMENT_TOKEN_TO_BE_REPLACED

The most exclusive Italian brands you probabl...